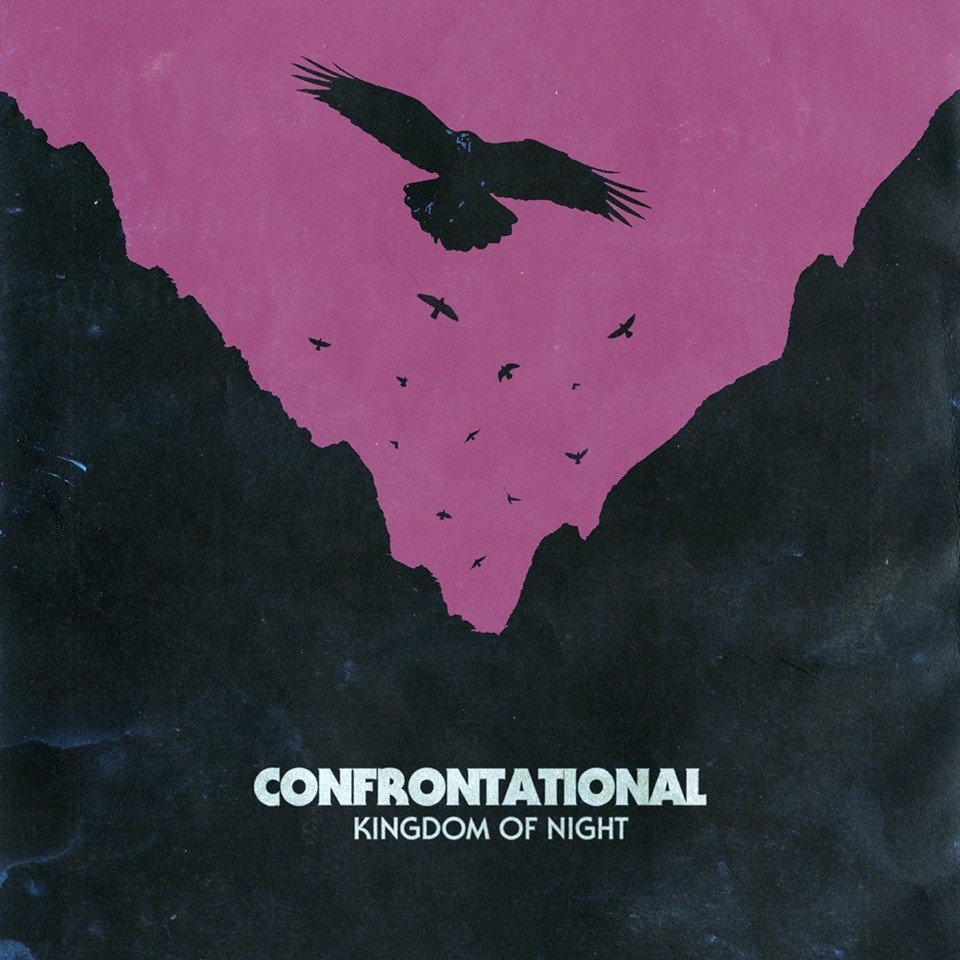 After the great success of the vinyl edition of “A Dance Of Shadows“, Bronson Recordings is pleased to give birth to the next episode of the Confrontational saga. Kingdom of Night will be out on a limited edition of 500 on translucent blue vinyl, 3rd July 2017!

Here’s some words directly from Confrontational about his new LP:

The tracks on ‘Kingdom of Night’ (the second entry in a trilogy that started with ‘A Dance With Shadows’) are sounding darker, deeper and heavier than ever before. There was a deliberate focus on trying to create some classic anthems in the songwriting process – tracks with relentless beats, an emphasis on melody and a really driving chorus. The lyrics are quite representative of the whole album as well – a reaction to the fear, isolation and disconnection of this day and age… with hope looming somewhere in the distance. I was heavily influenced by my hometown of Cagliari, Sardinia, and its esoteric aura can be felt strongly throughout the LP in more than one way. I have been working very closely on the artwork with Branca Studio, and I could not be happier with the results. 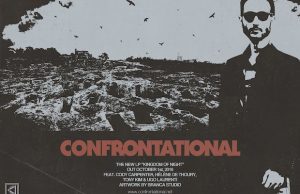 The new collaborations make me extremely proud of the release: the unmistakable lead synth of the amazing Cody Carpenter is coming back with a vengeance on “Crimson Curtains”, there’s the cinematic melancholia of Ugo Laurenti (the Italian composer who scored Pupi Avati’s ‘Nocturnal Voices’ – a huge personal inspiration) on “Midnight Wings”, and then the beautiful, haunting voice of Hélène De Thoury (of French cold-wave act Hante) on “Keep Faith”, which marks an emotional highlight on the album. The epic sound stones of the late Sardinian sculptor Pinuccio Sciola also make a special appearance on the tracklisting.