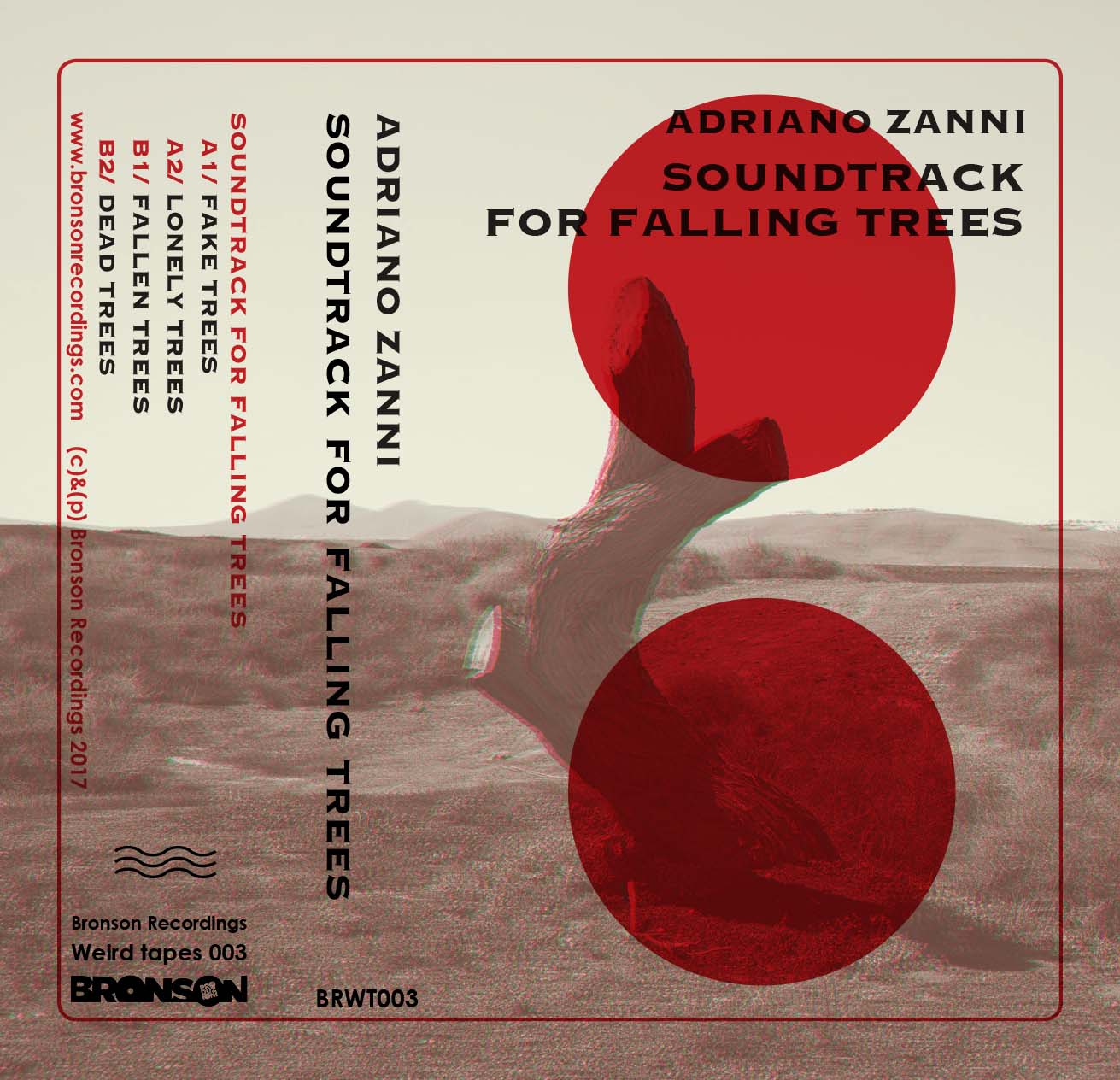 We’re happy to announce that from today, the new chapter of our serie WEIRD TAPES is available for preorders via Bandcamp and our Store! Don’t miss the opportunity to grab your own cassette by Adriano Zanni -“Soundtrack for falling trees”! It’s a super limited edition of just 72 pieces!

Adriano Zanni formerly known as Punck is a Sound artist , field recordist , photographer and lo fi video maker. Adriano Zanni, for his experimental music project, creates his sound canvas manipulating many different kinds of acoustic, concrete and natural sources with audio editors and softwares. Obsessed by the Red Desert of Michelangelo Antonioni, many of his projects are influenced by this masterpiece.