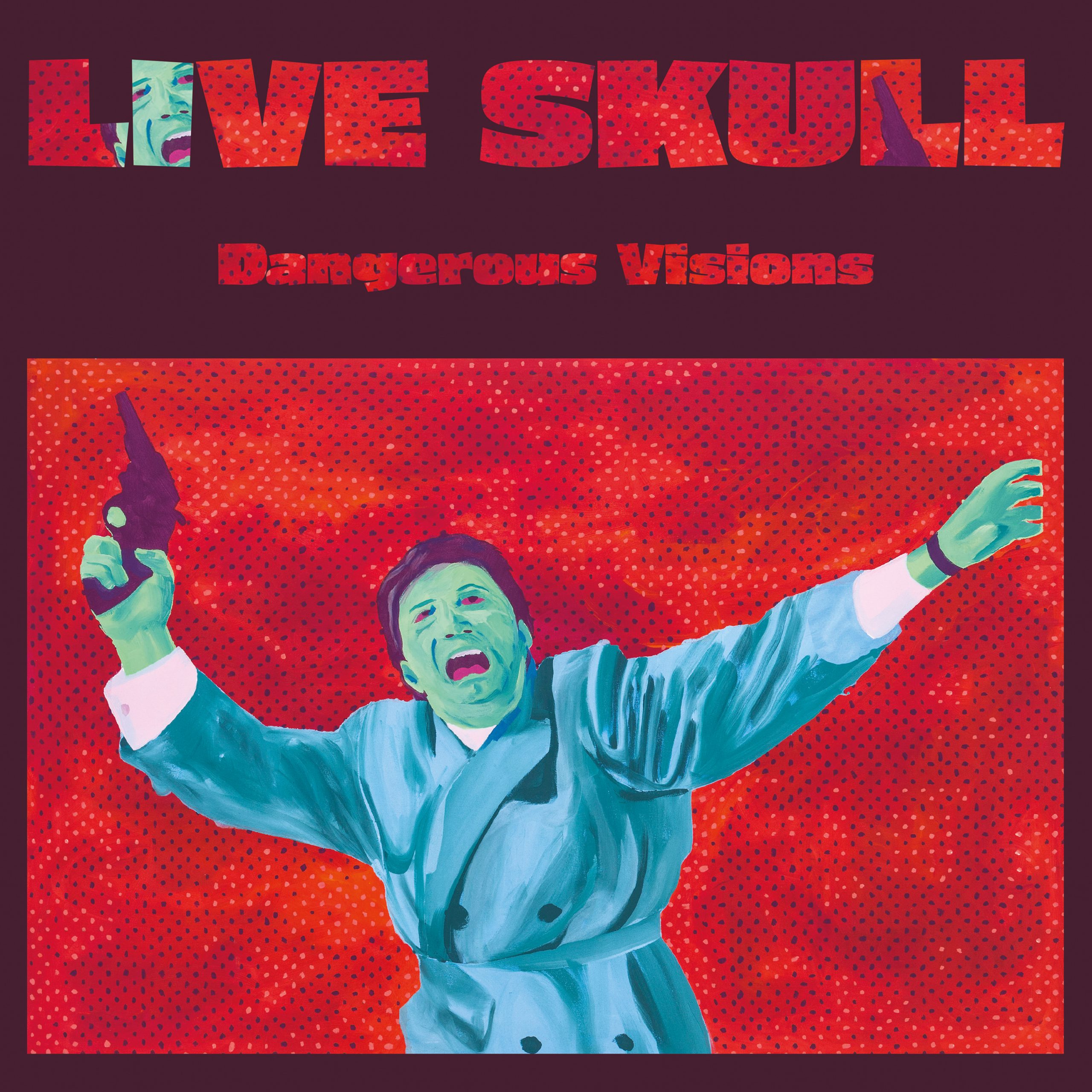 today is the day of “DANGEROUS VISIONS” by LIVE SKULL!!!

…”Dangerous Visions is a curious half and half. Side One collects raucous new material, including the Crazy Horse-tinged “In a Perfect World”. Side Two, meanwhile, rests on an exhumed Peel Session from 1989. Featuring the band’s then-singer Thalia Zedek, it’s a dark and smouldering set that suggests Live Skull were shouldabeens”… – Louis Pattison (UNCUT)

…”If you like your rock music dark and intense, exploratory but still roughly song shaped then there’s probably something here for you to enjoy”… –Echoes and Dust

…”This sense of resignation makes the transition to “Safe from Me” startling. The first of the late 1980s Peel Session tracks bursts with rebellious energy, generated by a nervous interplay of guitars and rhythms and Thalia Zedek’s incendiary delivery”… – The Wire