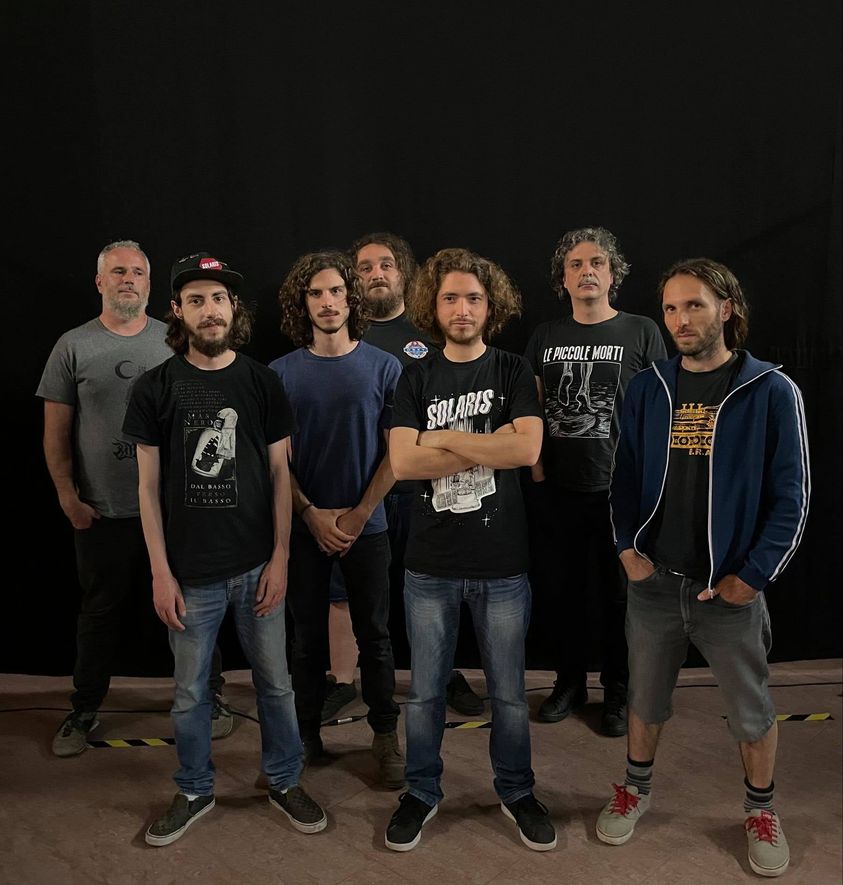 Solaris – “Marcho” Out Now on all Digital Platforms!

It’s time to reveal a new project / release that sees heavy noise unit Solaris as protagonist. Cesena’s foursome (Alberto, Paride, Lorenzo, Alan), is in fact accompanied for the occasion by Nicola Manzan (BOLOGNA VIOLENTA) at the strings and by Ottone Pesante, that is Paolo Raineri and Francesco Bucci, at the winds. These two highly significant appearances from the heavy alternative Italian scene, contributed to enlarge the sound spectrum of the two tracks in question. The result is a special line-up, which definitely becomes a real super band struggling with an epic, compact and impactful sound.