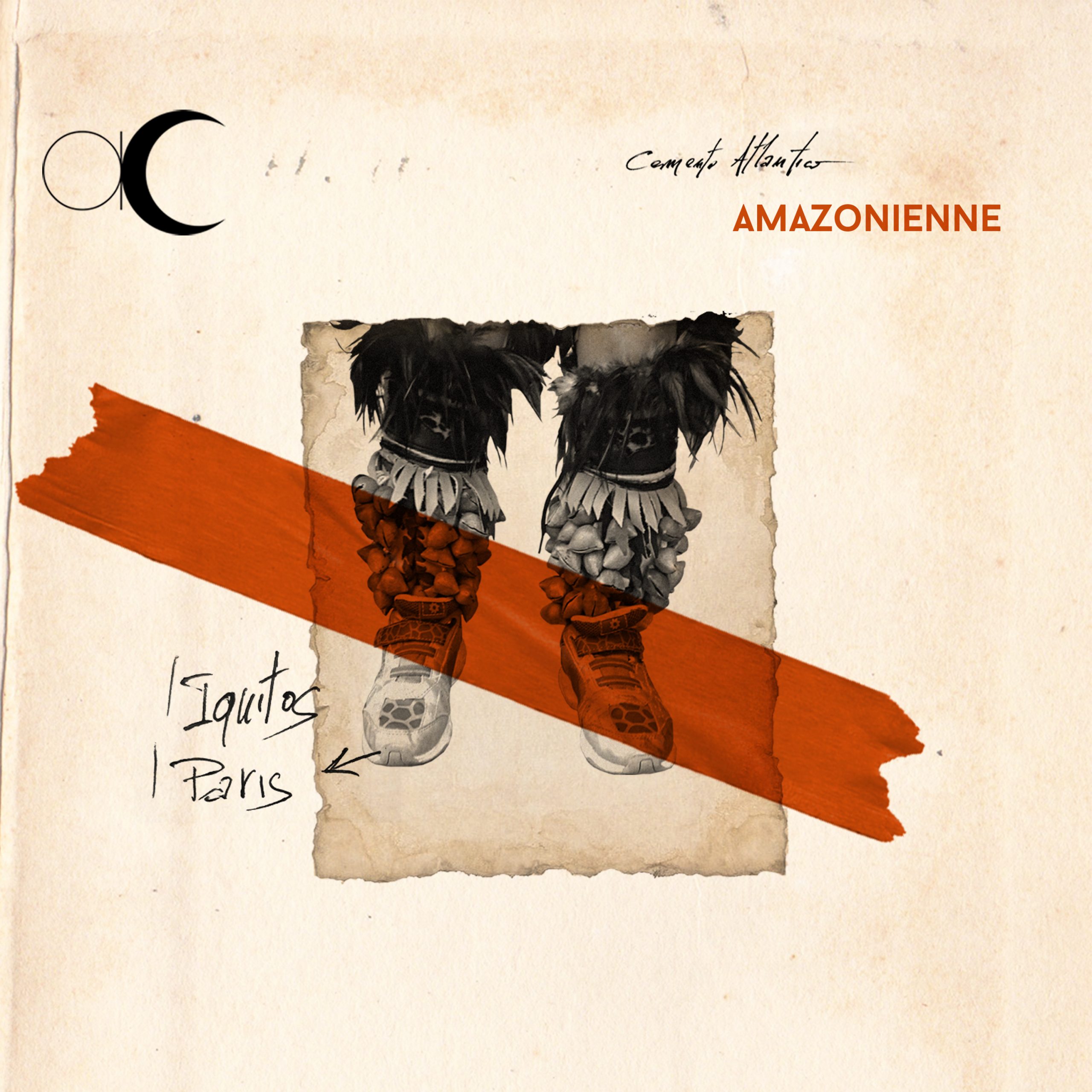 Cemento Atlantico video premiere for the new single “Amazonienne” out next Friday.

Take a read to the story behind the song. thanks to Sentireascoltare

“Iquitos, a city of 1200 square kilometers in the heart of the Peruvian Amazon, an urban conglomerate built on the arboreal void as a result of logging by Gustave Eiffel. At the end of the19 th century, the French engineer wiped out a huge part of the forest to grow rubber trees. Not being satisfied yet, he built an inhospitable and inaccessible iron house with the remains of thefamous Parisian tower, exactly between the edge of the Equator and the bends of the Rio Marañón. Although Eiffel is still remembered today as a disfiguring slaveholder, in this place,willingly or not, among caimans, blind dolphins, mariposarios and sloths, you can breathe a “french-amazonian” cultural mix that has indelibly influenced the habits and customs of the citizens of Iqueteñi, so isolated from everything but so close to the traditions of at least three continents: the America of the Indians, the Africa of the slaves and the Europe of the invaders.“