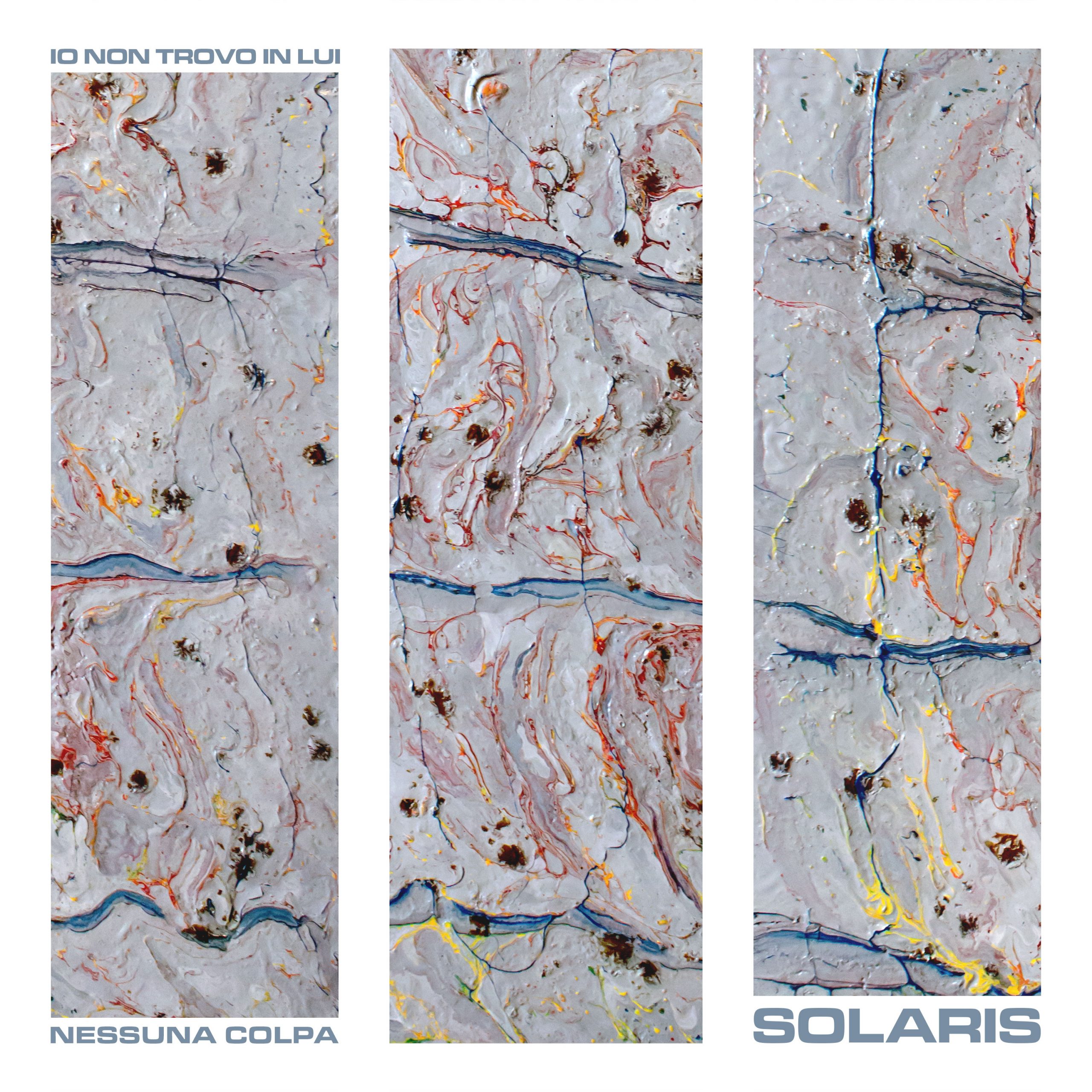 Solaris take another step forward with the new EP ‘Io non trovo in lui nessuna colpa’, out on all digital platforms on July 22th, 2021 via Bronson Recordings.

The young Italian band, formed by Alberto Casadei (voice and guitar), Paride Placuzzi (guitar), Lorenzo Bartoli (bass) and Alan Casali (drums), is accompanied for the occasion by Nicola Manzan (BOLOGNA VIOLENTA, Ronin) at the strings and by Ottone Pesante, that is Paolo Raineri and Francesco Bucci, at the winds. These two highly significant appearances from the heavy alternative Italian scene contributed to enlarge the sound spectrum of the two songs on the tracklist. The result is a special line-up, which definitely becomes a real super band struggling with an epic, compact and impactful sound.
“The input that led us to experiment with news methods of composition and execution was certainly the pandemic. In particular, the tracks are born from the frustration of not being able to play live. The positive aspect of this situation was collaborating with other artists, from a distance, to create new material“. – Solaris