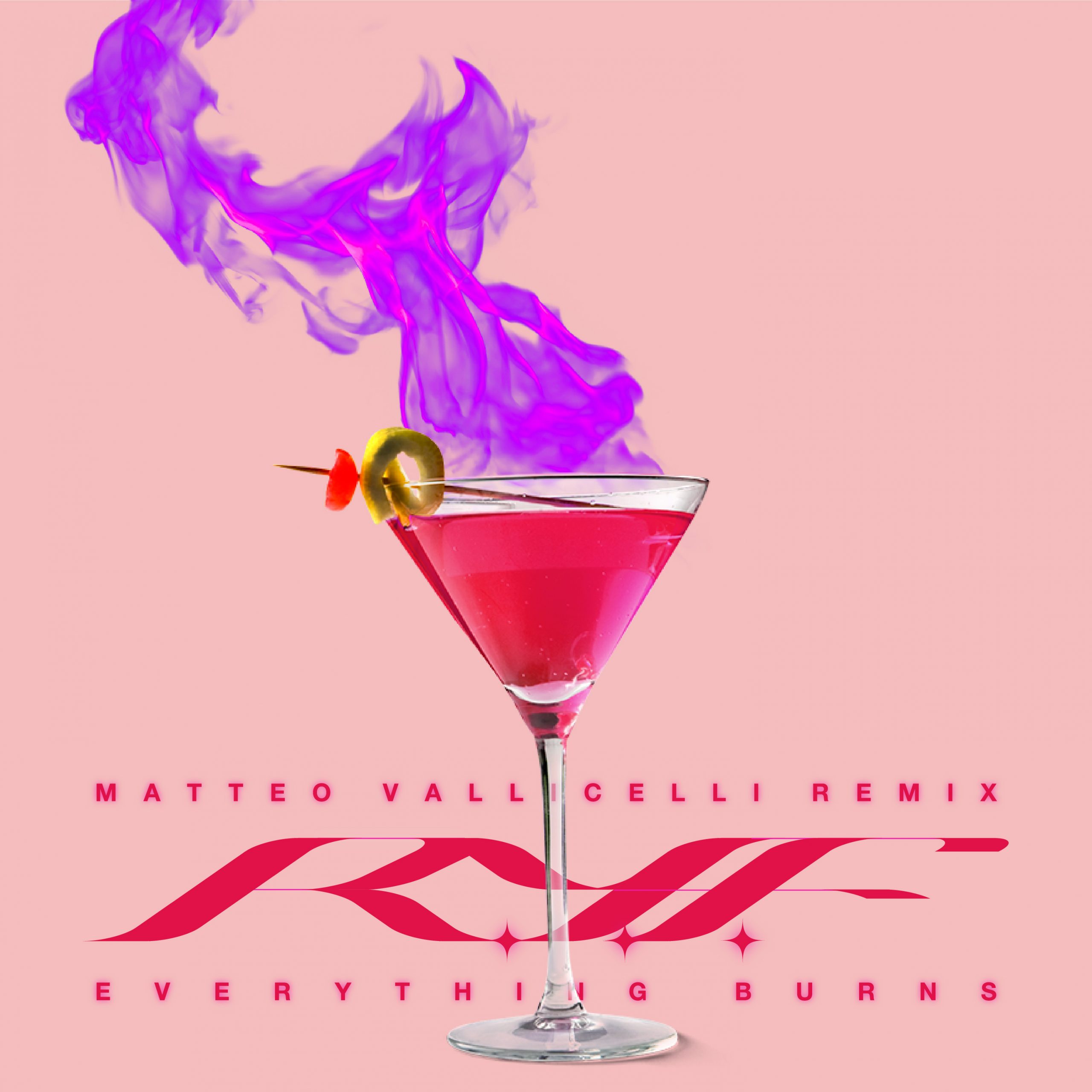 Everything Burns is the title track of the new album by R.Y.F., alias of the songwriter and musician Francesca Morello, released in 2021 via Bronson Recordings and led by the previous singles Cassandra (with a videoclip starring Silvia Calderoni), Normal Is Boring (feat. So Beast), Not Going Anywhere and Don’t Panic.

Everything Burns is R.Y.F.’s first foray into electronic music, and an homage to a period of explosive creativity and inspiration. With the pandemic forcing musicians off the road, Morello found herself at home working less with a guitar and more with synthesizers and drum machines. Morello developed Everything Burns simultaneously with her involvement in the composition and live performance of the original music for the new show by the internationally-acclaimed theater company Motus (MDLSX, Panorama, NELLA TEMPESTA). So, Everything Burns takes its title, adapted in English, from the new Motus show, Tutto Brucia, greeted with important feedback from audiences and critics.

Thematically, R.Y.F’s Everything Burns is a radical confluence of rage and joy; sonically, it is a pressure-cooked combo of electroclash and punk, able to conquer even the Skunk Anansie, who wanted R.Y.F. to open their summer gigs in Italy. The fourth album from the solo project of Morello, Everything Burns is the synchronistic coexistence of opposites. It is music you could dance or destroy a room to, a cathartic balance of suffering and jubilation — an electropunk disco steeped in queer, feminist subversion.

Morello’s lyricism balances poetic observations with explicit and shocking commentary on sexism and gender. The track Everything Burns, a playful yet powerful send-up of discrimination, sees R.Y.F. mockingly deliver sexist and fatphobic insults («Are you a boy or a girl?») on every line except the last, when R.Y.F. declares that «everything  burns». “Sometimes I really would like to burn a lot of things, bad things that are in this world, this society. Patriarchy, homophobia, transphobia, fatphobia, racism — burn all discriminations,” says Morello, “I believe all discriminations start with the patriarchy, and I would like to burn them all down for the people to be happier — and freer.“

To be released on all digital platforms today August 26th, 2022 on Bronson Recordings, the brave remix between italo-disco and dark wave of Everything Burns sets the dance floor on fire and was created by Matteo Vallicelli, active for several years in the punk scene, live drummer of The Soft Moon and many others, as well as composer of a couple of solo records on Captured Tracks that testify his love for synthetic sounds, film music and experimentation.