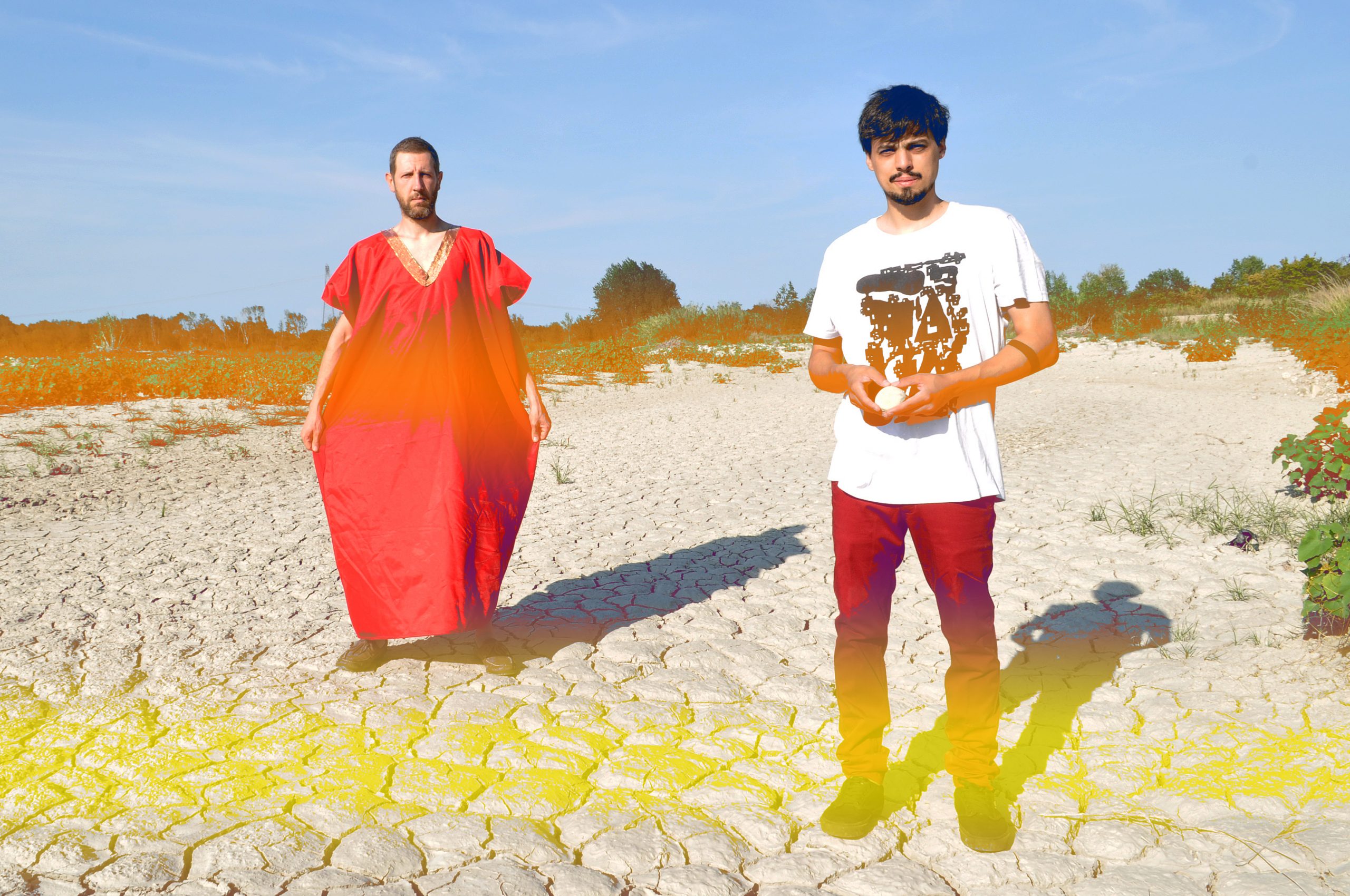 San Leo’s fourth album “MANTRACORE” features 2 long compositions, titled “MM” and “CORE”. Two long suites evoking pure natural elements and soundscapes, captivating grooves and heavy, hypnotic riffs. It took over 7 months to record the album in separate sessions at the small Blue Audio Studio in Gradara (another evocative location in the beautiful Italian hillside). The band believes that the album will speak for itself, as it channels all their energy and vision in what is arguably their more focused, articulate and best-produced album so far.

San Leo are sonic shamans and their uncompromising and often unpredictable musical landscape has always been the emanation of the 2 members of the group: Marco Migani (aka inserirefloppino) and Marco Tabellini (aka m tabe), respectively on drums and guitar.
Based in Italy and taking their name from an ancient medieval fortress shrouded in mystery, the band has been inspired by the imagery of alchemy books, the symbolism of nature and ancient architecture.

The extraordinary duo, who is exploring all kinds of various music elements — from kraut-rock, psychedelic folk, free-form post-rock, obscure metal, electronica and ambient sounds — is taking their musical vision to a whole new level on “Mantracore”.

San Leo is an Italian experimental rock duo formed in 2013 in Rimini by inserirefloppino (drums) and m tabe (guitar, etc). A trip through hypnotic grooves and visions, between incendiary intensity and minimalism, led by sonic shamans searching for catharsis into the storm. Mantra-core. Trance-noise.The group takes its name from an ancient and mysterious fortress, built in medieval times in the Italian hillisde, where the notorious alchemist Cagliostro was imprisoned. Alchemy was in fact the main initial influence for the duo, along with the symbolism of natural elements and architecture.After playing for years in the local scene with various bands and solo projects, exploring various musical territories (from psychedelic folk to metal, krautrock, ambient, noise, free-jazz), inserirefloppino and m tabe formed San Leo with the intent of pushing their minimal instrumentation of guitar and drums to the extreme, generating a powerful and evocative style, mixing glacial solemnity and primordial spontaneity.During the first years of the band, following an incessant live activity, San Leo released 3 albums (“XXIV” in 2015, “DOM” in 2017 and “Y” in 2019) which form a sort of trilogy later summarized and completed by a live album (“PYRAMIS“, 2019). Besides focusing on its personal musical exploration, the band also worked in multimedia events and soundtrack for theatrical productions.In collaboration with Bronson recordings, the band released their fourth album (“MANTRACORE“, 2020) followerd by a live album featuring the performance at Transmissions Waves festival (“SOL.“, 2021).In 2021 San Leo was also invited to play at one of the most important European festivals, Le Guess Who? in Utrecht.

Dive into the mesmerizing sound of SAN LEO’s “Mantracore”