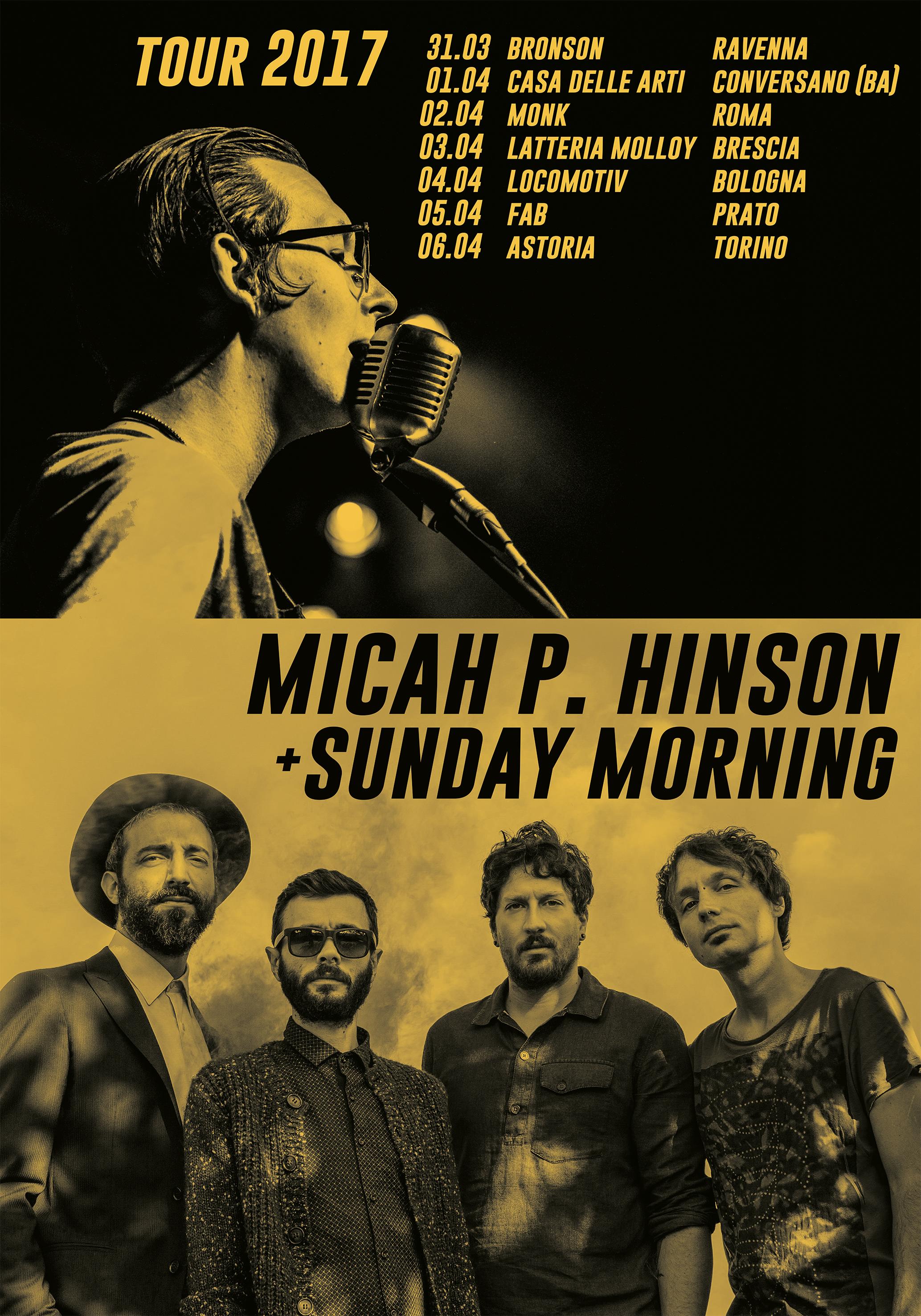 Micah P. Hinson and Sunday Morning will be on tour across Italy to promote their respectives album.

Our Hinson will be touring Italy this coming Spring, supporting the Bronson Recordings reissue of The Opera Circuit! He will have his band, The Opera Circuit, in tow for these shows, playing the full album, front to back.

Our Sunday Morning, as opening act, will promote their “Let it Burn”, out for Bronson Recordings in november 2016.

….”” When I think back on The Opera Circuit many different things come to mind. I basically recorded the majority of the album confined to my bed at home after surgery on my spine and my family and friends had to dangle the mics and cables over the fan at the top of the room. I remember the intense pain I was in during the bulk of the recording and the meanings of each and every song, being very close to my heart. It was a strange dark time. It was my attempt to make one of the grandest folk records I had ever heard, and I think, listening back to the 10th Anniversary version now, I might have just accomplished that. but, in the end, that is all up to you, the listener. thank you for listening and being a part of the journey.” …. –Micah P Hinson