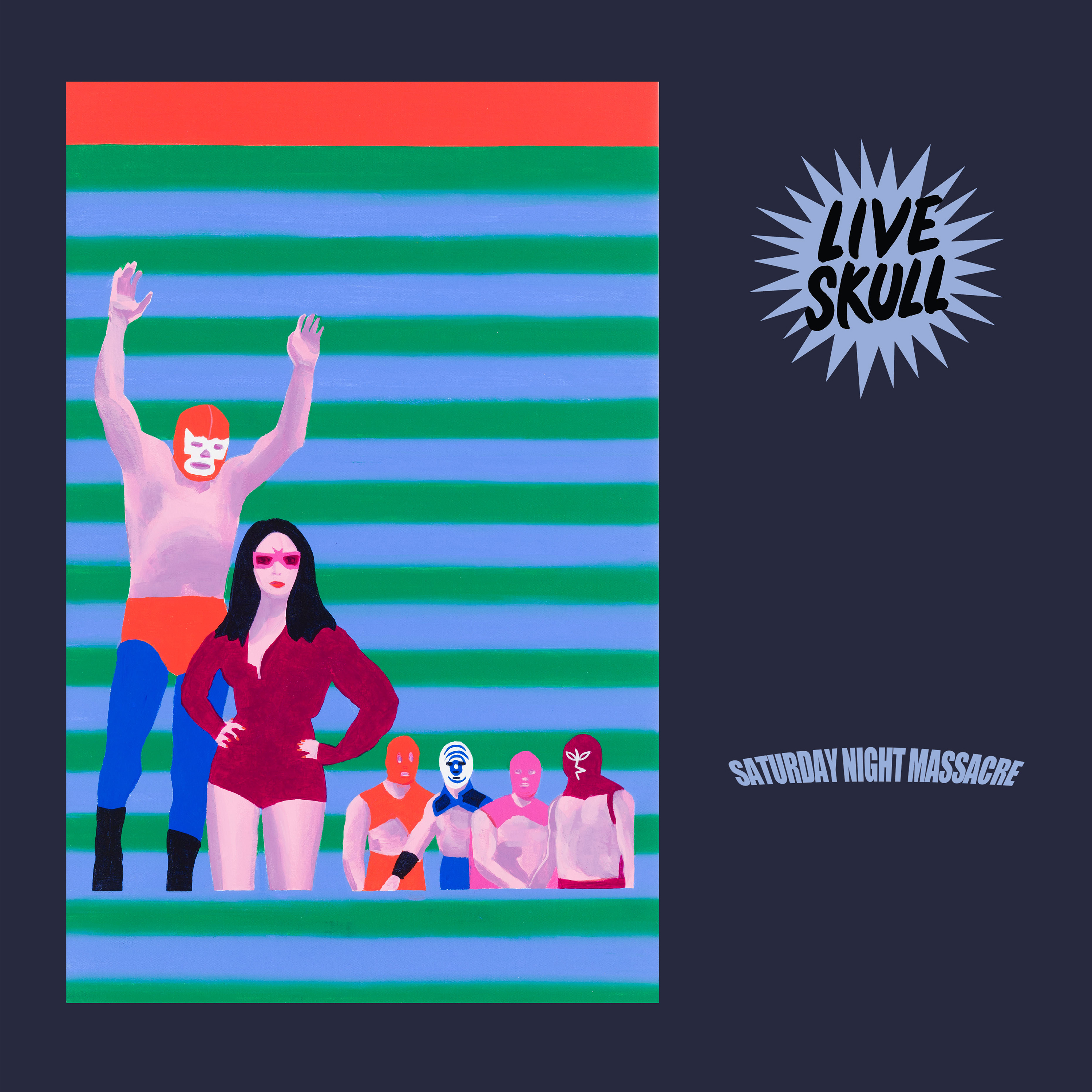 Icon of 1980s New York, Live Skull has reformed (after taking part in the BC35 volumes, that rekindle the flame) and completed work on its first new album in 30 years!

we are thrilled to announce that Saturday Night Massacre, their new astounding comeback album, is set for release on November 8th on Bronson Recordings worldwide! 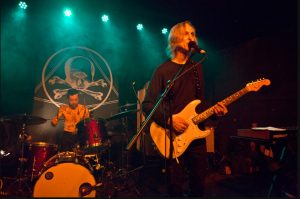 ABOUT LIVE SKULL:
The New York no-wave psychos are back! Live Skull exploited the imagery of gore movies to express their disillusion with society’s turn toward darkness; now the facts are gory enough on their own. The reanimated crypt of Live Skull spawns a new brood of cheerful tunes sure to make your blood boil again! The latest in Live Skull’s continuing saga of depravity and redemption: “Saturday Night Massacre”
Together with Sonic Youth and Swans, Live Skull defined the term “noise rock” in the ’80s, spearheading the post-No Wave underground music scene in NYC with a series of legendary live performances and eight groundbreaking records released over the course of that decade.
Live Skull’s sound was influenced by British post-punk – but was located squarely in the depths of Downtown Manhattan. The band’s ’80s recordings buzz with the danger, depravity, and creative freedom that defined NYC sound aesthetic in those years.
On songs with titles like “Mr. Evil,” “The Corpse Also Rises,” and “I’ll Break You,” Live Skull chiseled out its style and its worldview. Dual guitars chimed and slashed; basslines drove; drums pounded and hypnotized; male and female vocals intertwined to conjure serial-killer imagery to match the intensity of real life in ’80s Gotham.
Live Skull put its stamp on the NYC scene, playing venues like CBGB and Danceteria, but also toured the country with the likes of Jane’s Addiction. Its 1989 album, Positraction, would be its last until the reformation in 2019 and the upcoming Saturday Night Massacre.
ABOUT THE ALBUM:
Saturday Night Massacre is an astounding comeback. Three decades have passed, yet here is a band sounding as fresh and real as ever. The tension and dread of Live Skull’s ’80s output is intact, balanced by something strangely seductive. Founder/frontman Mark C’s unmistakable vocals are as urgent now as in 1989, but they have warmed with age — gentle and ominous, all at once. Songs like the title track, “Up Against the Wall,” “Details of the Madness,” and “Identical Skies” are passionate rock songs, among the most memorable songs Live Skull has ever laid down.
The Saturday Night Massacre lineup consists of Mark C, drummer Rich Hutchins (a member from 1987-1989), and new bassist Kent Heine (a bandmate of Mark C’s in the electronic-based project, o13). The album also features guest appearances by former members Thalia Zedek and Marnie Greenholz.
Saturday Night Massacre was recorded and mixed by Mark C and Live Skull at Deepsea in Hoboken, NJ, and mastered by Fred Kevorkian (Iggy Pop, Debbie Harry, Peter Murphy).
Artwork by legendary Gary Painter
Mark C gives this statement about the band’s return:
“Live Skull formed during the Reagan administration, whose right wing, anti-progressive agenda ushered in what Mark E. Smith dubbed ‘the new dark ages.’  It’s only fitting that we reunite thirty years later in the midst of a new era of burgeoning anti-enlightenment forces; motivated more than ever to amplify our concerns for the preservation of social and artistic freedoms. Back in the day, Live Skull exploited the imagery of gore movies to express our disillusion with society’s turn toward darkness; now the facts are gory enough on their own.

“We are not simply continuing where we left off; the world has changed and so have we. But our core values and interest in the enlightening possibilities of raw self-expression have remained intact. Live Skull is still committed to breaking down sonic and social barriers, to seek release and aesthetic bliss in the darkened corners of the music underworld.

Stay tuned for song premieres and news of US and European touring.