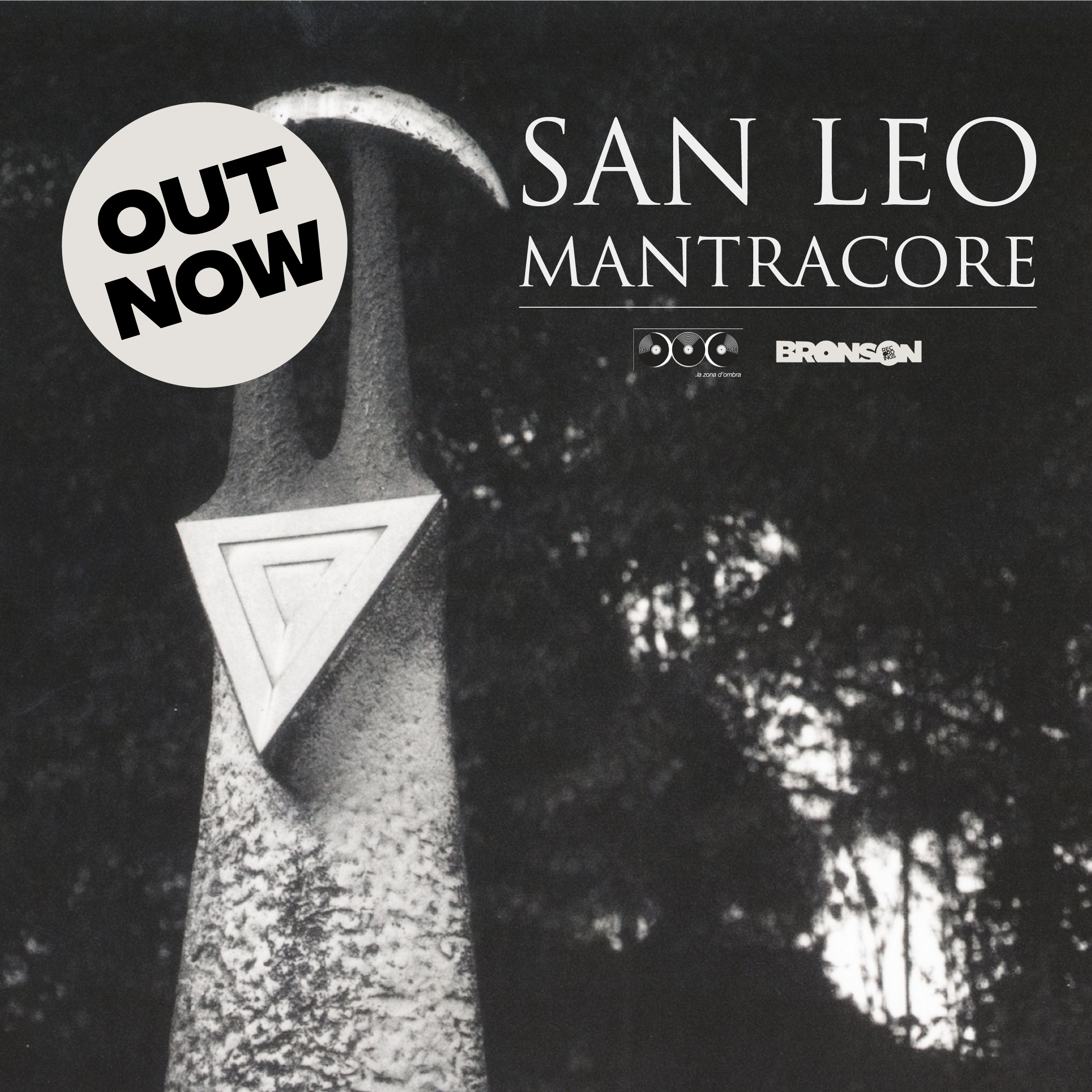 You can ORDER YR. COPY HERE, choose your edition

San Leo’s fourth album “MANTRACORE” features 2 long compositions, titled “MM” and “CORE”. Two long suites evoking pure natural elements and soundscapes, captivating grooves and heavy, hypnotic riffs. It took over 7 months to record the album in separate sessions at the small Blue Audio Studio in Gradara (another evocative location in the beautiful Italian hillside). The band believes that the album will speak for itself, as it channels all their energy and vision in what is arguably their more focused, articulate and best-produced album so far.
San Leo are sonic shamans and their uncompromising and often unpredictable musical landscape has always been the emanation of the 2 members of the group: Marco Migani (aka inserirefloppino) and Marco Tabellini (aka m tabe), respectively on drums and guitar.
Based in Italy and taking their name from an ancient medieval fortress shrouded in mystery, the band has been inspired by the imagery of alchemy books, the symbolism of nature and ancient architecture. Started in 2013 with the idea of forming a kraut-rock chamber music ensemble, San Leo slowly but steadily built a reputation in the Italian d.i.y. underground scene thanks to their powerful and evocative style, often described as a trip characterized by a wide dynamic range, tribal grooves, eerie crescendos and magmatic explosions.
Inserirefloppino and m tabe have been previously hanging around the east coast scene for over a decade with their respective bands, solo projects and independent labels, exploring all kinds of weird music, psychedelic folk, free-form post-rock, obscure metal, electronic, ambient. San Leo is therefore a sum of various influences, with its minimal instrumentation of guitar and drums, a group based on the process of evoking pure natural elements and soundscapes, but at the same time strongly rooted in captivating grooves and heavy, hypnotic riffs.
During their first years of activity, constant touring and through the release of their first three albums, the band has been trying to hone a sharp approach towards music making, spacing from glacial to incandescent, always serving the piece even through hypnotic repetition, often preferring subtraction rather than accumulation. This attitude has taken the duo to a new level of confidence and intensity, with the band now ready to express a new musical vision after several months spent in the studio.