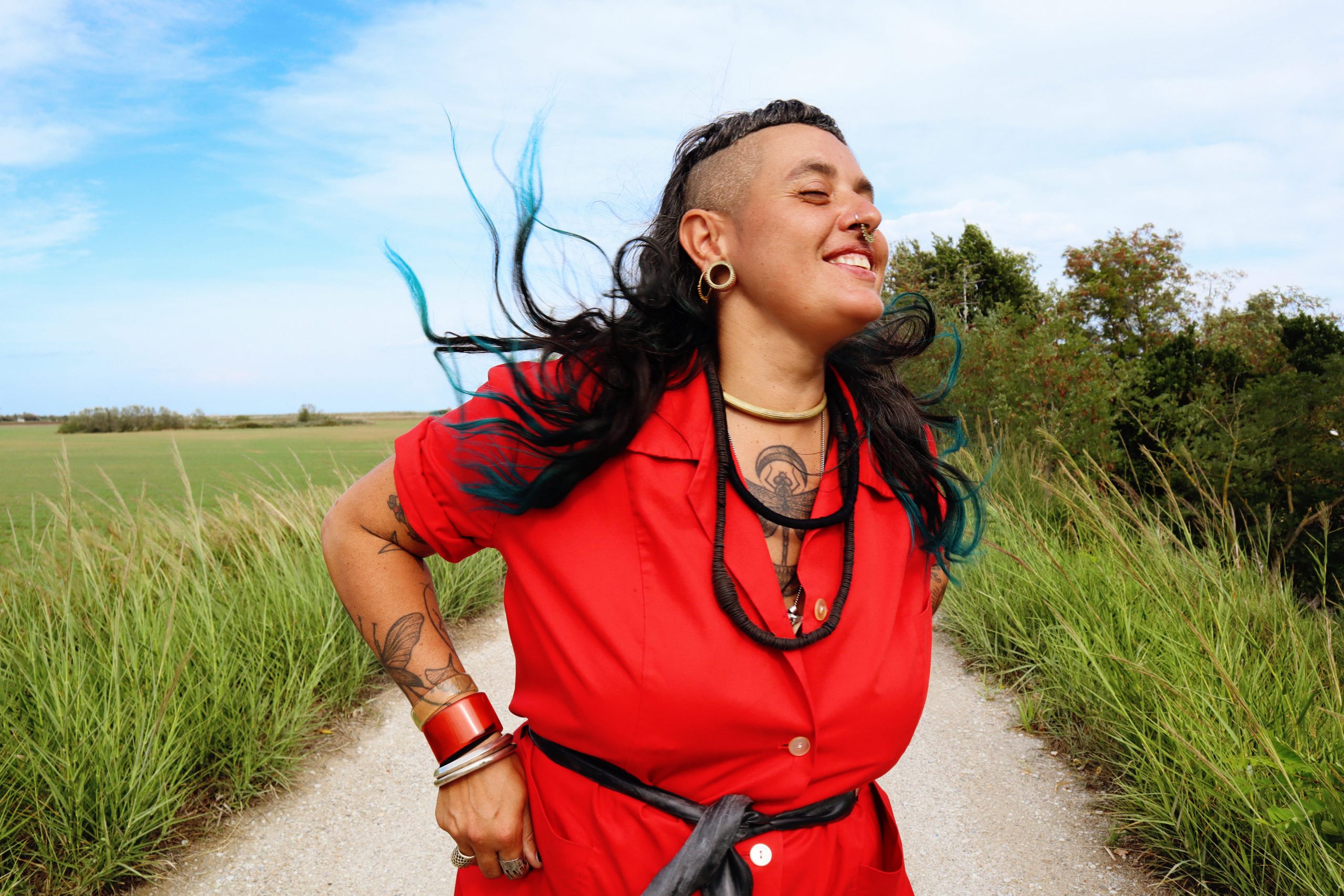 Thematically, R.Y.F’s Everything Burns is a radical confluence of rage and joy; sonically, it is a pressure-cooked combo of dance and punk. The fourth album from the solo project of Italy’s Francesca Morello, Everything Burns refuses to be confined by genre or emotional extremes, and is instead the synchronistic coexistence of opposites. It is music you could dance or destroy a room to, a cathartic balance of suffering and jubilation—an electropunk disco steeped in queer, feminist subversion.

Everything Burns is R.Y.F.’s first foray into electronic music, and an homage to a period of explosive creativity and inspiration. With the pandemic forcing musicians off the road, Morello found herself at home working less with a guitar and more with synthesizers and drum machines, instruments she had long admired in avant-garde bands like Moor Mother and Special Interest.

She wrote every note and lyric in two weeks and completed the recordings under the supervision of multi instrumentalist and musician Bruno Dorella (Ronin, OvO, Bachi da Pietra) in two weeks more. “It was really fast and really special. For the first time in 20 years, I finally felt free to let everything inside me come out,” says Morello, “There was no plan. It was like a work of inspiration that was burning inside of me.”

First single “Cassandra,” originally written for the play, is both dark and disco, a party song evocative of Morello’s new wave, post-punk influences like New Order and Le Tigre. “I think that women need to raise their heads and be proud of themselves,” says Morello, “We need to be a little bit crazy and out of control sometimes. It’s time to take the powers back.”

The following single “Normal Is Boring,” “part of a powerful one-two punch that opens Everything Burns,” as MXDWN states, “is also danceable, opening with a stomping, industrial-tinged drum and bass beat, with energetic rave-style synths bubbling under the surface.”

“If Everything Burns represents the meeting point of joy and rage, ‘Not Going Anywhere’ dives headfirst into the joyous side of the record,” said Under The Radar in their feature of the third and final single “Not Going Anywhere”. “It’s a defiant electropop ode to love in its many expressions, carried by pulsating dance beats and Morello’s heady jubilant cries. She assures a lover ‘I’m here / Right now / I’m not going anywhere,’ offering a respite of ebullient pride and summery electropop in the midst of the album’s burning anger.”

“Try to destroy it,” Morello says to everyone suffering under patriarchy. And with Everything Burns, R.Y.F. has written the soundtrack to dance to while you’re at it.