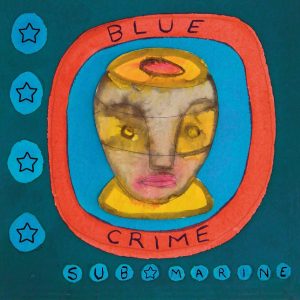 After working with BLUE CRIME on their recent Italian tours via Bronson Booking, we are now happy to announce the forthcoming Submarine 7″, courtesy of Bronson Recordings.
This four-piece was born from a bunker in Amsterdam, and recently performed their dreamy and dark moonpop across the ocean, in New York. Here they had the opportunity to record at the legendary Submarine studio. The result of this session is the Submarine 7”, to be released by Bronson Recordings, in a limited edition of 500 on pink vinyl
released November 13, 2016
TRACKLIST
1-Gypsy Cat
2-Blue Nocturnal